We Don't Say That In This Family 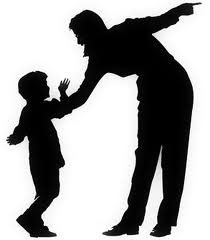 Ugh.  I feel like lately I have been in the middle of a whole lotta kid drama.  It pretty much consumes my day.  And I’m not happy about it.

For one thing, pretty much every day, my oldest daughter comes home from school and says, “So-and-so was mean to me.”  The names change a little…it’s usually the same 3 or 4 girls over and over again…but someone is always mean.  And then the next day, it’s someone else and she has played all day with the mean girl from the day before.

I know I can’t solve this problem for her.  She’s getting to the tail end of her 5th grade year and, if memory serves, I was coming home pretty much every day at that age, saying to my mother, “So-and-so was mean to me today.”  I don’t know the exact hormone that sends female bitchiness into overdrive during the preteen years, but believe me…if I could isolate it, I’d come up with a cure so that my daughters wouldn’t have to go through it like I did.

Because, right now, the only thing I can say to her is, “I know.  This sucks.  But sweetie…you’re just going to have to ride it out.”  And listen to her as much as I can.

That problem, while annoying, I feel like is pretty typical.  I’ve watching, waiting for the “mean girl” stage to hit and just hoping that it wouldn’t be my daughter who was one of the mean girls.  And so far…I don’t think she is.

Not that one, anyway.

The bigger issue I’m having is with my 6-year-old.  It seemed like for a while, there wasn’t one day where I didn’t hear the words “I hate you” or “I hate this family” cross her lips.  And while the typical mother in me knows that this isn’t unusual (believe me…I’ve spent enough time at Wal-Mart to know that most kids say this at some point), the widowed mother in me can’t stand it.

She was only 18 months old when her dad died and while being the daughter of a deceased father is her reality, there is a part of me that wonders if she really has a concept of what that means.  My son and older daughter know that there’s something about our family that’s special, something that sets us apart.  We’re quick to be affectionate, tell each other we love each other several times a day, and do our best to communicate what’s wrong when we need to.

And while my youngest is also extremely affectionate and has a huge heart…she also has the passion of someone who can fly off the handle at any moment and we never really know when that’s going to happen.

After almost a couple of weeks solid, hearing her say that she hates us and trying to curb her bad behavior, sending her to her room and taking away privileges, by Sunday I’d had enough.  I don’t know if I was especially tired from the time change or if I was still emotional from sitting at church (something that still gets to me over 4 years after my husband’s death), but after hearing her say she hated us all, yet again…I just couldn’t take it anymore.

“You guys go inside,” I said to my two oldest kids after I’d pulled into the garage.  “I need to talk to her alone.”

I sat in silence in the car for a moment, my daughter sitting mulishly quiet in the seat directly behind me so she couldn’t see my face.  And when I turned around, a look of surprise replaced the stubborn glare that had been there just moment before.  Because I was letting her see something that I almost never let anyone see.

Tears streaming down my face.

“We don’t say that,” I said, shakily.  “We don’t say we hate anyone, especially in this family.  Our family is special.  We know that bad things can happen and we know what it’s like to lose someone and not see them again.”

I took a deep breath and fresh tears rolled down my cheeks when I thought about what I was about to say to her.

“The last thing I said to your dad when he left for work the morning of his accident was that I loved him.  I am so glad that I said that to him as he kissed me goodbye.  If I had said that I hated him as he left…I’d find that pretty hard to live with.”

I got out of the car and she sat there in silence for a little while.  Then she came into the house and gave me a hug.  And I didn’t hear that dreaded 4 letter word the rest of the day.

What keeps running through my mind is that I don’t want her if (God forbid), something should happen…to live with the memory that she told us she hated us when she should have told us she loved us.  I think the people who have gone before us know how we feel, how we felt about them.  I think they move on, carrying that with them.  I don’t know if that’s true, but that’s what I believe.

It’s us, those who are left behind, who have the memories of fights, hugs, love, and, yes, sometimes hate.  We’re the ones who have to live with how we’ve treated others.

And we have to decide if how we’ve treated others is something we can live with.


Widow Chick (aka, Catherine Tidd) is the owner of www.theWiddahood.com and the author of the upcoming memoir Confessions of a Mediocre Widow (Jan. 2014).  She is also a writer for The Denver Post's Mile High Mamas and a contributor to several books on grief and renewal.
Posted by Widow Chick at 10:20 AM