My 6th Anniversary - To Y'all It's Just Another Day of Bridge 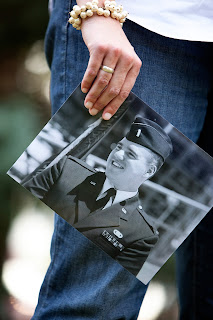 I stole my title from The Help.  It's when Abilene is describing what it's like to go through the anniversary her son's death.  And even though I love just about every line from that movie, that's the one that really speaks to me.

This week, I will mark not only the 6th anniversary of my husband's death, but also my 17th wedding anniversary.  Those dates shouldn't be on your calendar.  And they're actually not marked on mine.  I don't need reminding.

For those people who know what it's like to lose someone you never thought you would live without, you know that it's not a date.  It's a presence.  It's a living, breathing thing in your life that you learn to live with.  It's the roommate you never wanted.  It takes up a lot of space.  And it gives you nothing in return for all its taken.

It floats in and out as if it has some key you don't remember giving.

I've been writing this blog for a while.  I swore to myself that I would always be honest...and that's why I keep writing.  It's what I would have wanted to read.  I'm not flattering myself on my writing skills....I just wanted to write about this journey, this crazy path I am on.  No matter where I go in life, I will still be here.

When I started this, I wanted to know how someone coped from the beginning - if anyone else out there was as crazy as I was.  If anyone out there was as hopeful as I was.  And if they were somehow digging their way to the surface after being buried under grief...I wanted to know how they did it.  I don't think I've done it gracefully, but I'm here.  Six years later, I'm here.

And I'm damn proud of myself.

~
I had a dream about my husband this week.  He looked good.  No.  Not good.  He looked great.  If he had appeared to me in real life, I would have hit on him...and I'm a nice southern girl who doesn't do that kind of thing.  He looked radiant, but he was wearing a shirt I don't remember.  It was pink (but all I could think of during the dream was Ross in an episode of Friends saying, "It's salmon!").

He looked so happy.  And we were doing stuff with the kids but, like all of the dreams I have about him, I knew he was dead.

"How long do we have?" I kept asking him over and over.

My youngest daughter woke me up with a hard jab.

"Just get in," I told her, gesturing to the other side of the bed and trying to stay as asleep as I could.

But he was gone.

I haven't had many dreams about him, but when I do they always leave me feeling a little lost the next day.  I always know that he was there, that he was with me, but the time always feels too short.  I have never woken up feeling like there is some sort of conclusion or that I got the message he was trying to say.

But I hear him.

I go to sleep hoping that I'll see him...if just for a minute.

And I carry him with me always.

I love you, B.  And I truly believe that you live through me.

Widow Chick (aka, Catherine Tidd) is the owner of www.theWiddahood.com and the author of the upcoming memoir Confessions of a Mediocre Widow (Jan. 2014).  She is also a writer for The Denver Post's Mile High Mamas and a contributor to several books on grief and renewal.
Posted by Widow Chick at 11:41 PM