Chapter One: Wish You Were Here 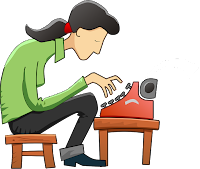 My inspiration for this book came from a question I still ask myself and one that many widows have asked me throughout the years:

"I wonder what my husband would think about what I'm doing?'

Thanks to Henry, my unfortunate husband who passes away in this book, we find out exactly what a husband might be thinking about what his widowed wife, Jane, is doing.

I wrote a blog a while ago about back-to-school and how most people don't understand how hard that time of year is for many widow(er)s.  It once again marks the passage of time, milestones with our kids that our spouses aren't here to see.

Nine years into this and I'm getting a little more used to back-to-school.

But filing taxes is something that always bites me in the ass.

I just returned from my appointment and nine years into it I really didn't think much of it.  Sure, I hate it. I mean, I left for this appointment right after I'd watched the idiots running for office on the news, only to write a check to future said idiots so they can probably piss it away.

I knew when I made the appointment that it was going to be painful.  I somehow walked in to to make the appointment when the only person available was a dry, humorless man who typed me into the schedule and had to back-track every time he entered in a number because he kept hitting the wrong button.

I could hear another woman in the office who sounded like she was actually having fun with her clients and I was too polite to say to the man who looked like he should be pictured in Wikipedia as the perfect example of an accountant, "Please put me on her schedule."

That would have been rude.  I hate being such a pleaser.

Anyway, nine years after the death of my husband you would think that I've already been through the worst with the whole tax thing.  As we've all experienced, there's nothing worse than that first year when you file as "married" for a few months and "widowed" for the rest of the year.

Personally, I think the government should use some of that pissed-away tax money to send us a condolence card when they see that.  But I digress.

So, I go into my appointment this morning thinking that the widowed worst is behind me when it comes to taxes.

It wasn't like I forgot that we moved last year. I just didn't think much about it when it came to my widowness.  But the moment I brought out all of the paperwork involving our old house and he looked it over and said, "So, your husband only lived in that house for three years out of the twelve you were there" in order to figure out some sort of complicated algorithm to determine what I inherited...I felt like I was going to burst into tears right into his cheap coffee mug.

I held it together for the rest of the appointment.  I've since returned from a meandering drive trying to clear my head, but that was useless.  However, during that drive it occurred to me...why shouldn't I cry right in front of him?

For crying out loud (literally), I've just written a check to him and to the government; shouldn't that go toward an emotional outburst?

For that kind of money, I should have received a week at a spa/wine-tasting/yoga/dolphin-swimming resort.

I began to envision what I wish my tax appointment could be like.  I would walk into an office where the accountant has a kind face and a box of tissues on her desk.  There would be a comfortable couch where I could lay down as she typed away, a tabletop fountain, and spa-like music playing in the background.

As she goes through my taxes she would nod in understanding as I cry over all that's changed.  She would listen patiently as I explain how much my husband and I loved that house and how hard it is to think that he was only in it for three years before he died.  How different my taxes would be if he could be here because we would be two incomes instead of one.  How heartbreaking it is to see her check "single" on my tax information and then enter in information about my three kids who don't have a father.

There would be no time limit on the appointment.  She would allow me to sit there all day if I needed to and if it stretched to five o'clock she would bring me a glass of chilled Chardonnay.

My life wouldn't seem so black and white to her and, therefore, probably wouldn't to me as well.  She would understand that there is an important, heartbreaking, empowering history behind the forms she was sliding under my nose to sign.  And that would make the appointment a little more bearable.

I would pay extra for this service, but to find an accountant/grief counselor would certainly be worth the expense.

I wonder if I can deduct the mileage?
Posted by Widow Chick at 11:59 AM 30 comments: 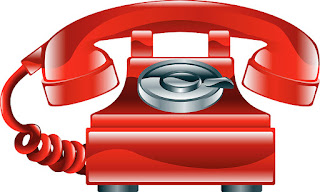