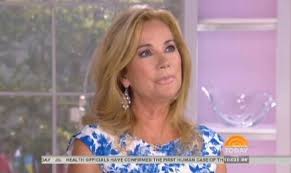 I bet that title made a few of you want to reach through your computer screen and smack me.

This morning I was taking a break from work and turned on the Today Show and there was Kathie Lee, bouncing around with Hoda.  I did a little bit of a double-take and thought, "She's back at work already?"

I was one of the many widows who cringed when I heard that her husband, Frank Gifford, had passed away - not necessarily because I'm a huge fan of hers, but because I hate hearing that anyone is about to go through what I've been through.

It has made me less sympathetic for the dead and more concerned for the living.

Anyway, I was thinking that anyone who hasn't experienced the loss of a spouse might be watching her, thinking, "Wow.  She got over that fast."

I can assure you...she didn't.

I was watching her on screen, going through the motions of her normal life and for a moment I could feel where she is and where I've been; attempting to get back to normal, functioning so perfectly that no one would ever guess her  inner turmoil.

But there's a problem with that - and the problem is everyone else's.  It's the same problem we all run into when we date, move, keep working, or move forward in any way at our own pace.

Other people think we're not as heartbroken about our spouse's death as we should be.

And if that's what you're thinking, I feel it's my duty to say on behalf of the widow community....

If Kathie Lee is like the rest of the country (and I know she's not, but let's pretend she is) her office could have given her three days bereavement leave before they expected her back at work.  She could have just decided that a routine of any kind was better than staying at home with her own morbid thoughts as company.  She might have needed to just get out and be with people.  She could have adopted the old "fake it 'til you make it" motto that has gotten me through a few rough spots.

Kathie Lee could tell you tomorrow the entire story of her husband's death without shedding a tear.  She could tell you the most intimate details about his last moments.  She could someday stand stoically at her daughter's wedding or give a speech in front of thousands about who her husband was with dry eyes and a smile on her face.

Many of us who have traveled this path have been judged for how we've coped and and the pace at which we've progressed.  We're either stuck or insensitive - there is very little room in the public's opinion for the grey area that is reality.  And the reality is this.

No matter your experiences you have no idea what someone else is truly going through.

Even though I'm a widow, I can't imagine what is actually going through Kathie Lee's mind as she goes through the motions at work, grocery shopping, or out to dinner with friends.

But I can assure you, as you judge her for pasting that smile on her face mere days after losing her husband...

...that smile has nothing to do with how much she loved her husband or how she's actually feeling.
Posted by Widow Chick at 3:47 PM 31 comments:

Does It Get Easier? 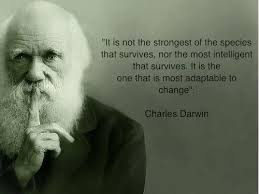 I don't know about some of you who are further down the line like I am...but sometimes I feel like I'm doing a disservice to the newbies when I tell them it gets easier.

I don't mean to and it's not like I'm lying - I think the problem is that "easier" isn't the right word.

And I don't know what is.

Let's see...the synonyms for "easier" are the following:

Okay, so all of you newcomers are right.  It doesn't get easier.

But there are a lot of us out there functioning and many are doing it quite well.  So, what's the deal?

Every once in a while, I come across an article or a quote in a book that perfectly describes something that I've experienced better than I could ever articulate.  I love it when that happens.  I feel like hugging the writer and saying, "YES.  Thank you so much for putting into words what I couldn't!"

But it's hard when the right word doesn't even seem to exist.

I think most of us who have been hanging out in the Widowhood will often use the word "adapt" when it comes to describing where we might be years after the initial crumbling of our former worlds.  And when I look up the synonyms for that (sorry about the impromptu vocab lesson), the following words come up:


~
I've been trying to think of an analogy that might fit this situation, but most are pretty inadequate.  I've been thinking about the summer I sprained my ankle and was in one of those boots for a few weeks.  Yes, the boot made my foot feel better, but I had to change the way I walked and that caused me some lower back pain.

The injury was there.  And while I tried to fix it the pain moved to another location.

I know that's kind of a dumb way to think about the pain of grief, but it does sometimes seem like the moment we fix one injury, another comes up in its place; as soon as we get used to sleeping in a bed alone we get invited to a wedding and have no "plus one" and that sends us over the edge once again.  The focus shifts from what we previously thought was so hard to the challenge that's before us.

And that's not easy.

It does make me wonder if those of us who have learned to be adaptable are the ones who are able to say it gets "easier."  And I actually don't think that you're either adaptable or you're not - I think that it depends on the situation.

There have been times in my life when I've fought so hard to hold on to my past that it would be impossible for me to change.  And then there are times when I've closed my eyes and jumped, hoping that it will all work out.

And it does.  One way or the other.

I guess the bottom line is the idea of widowhood getting "easier" in any way totally depends on the person.  We all know that all of our timelines are different, our situations are different, and our coping methods are completely individual.

I know that, in the beginning, when someone would tell me that it gets easier, I wanted to know the exact date, time, and cause of death of the person's spouse so that I could compare notes with my own situation.

"Okay...so her husband died two years before mine...in an accident...so in exactly six months, four days, and three hours things should be getting easier."

And the truth is, that what "easier" means to someone could be completely different from your definition:  She could mean that she actually took a shower that morning and remembered to put on matching shoes while you're thinking she means that she is now remarried, got a promotion at work, and is training for a marathon.

I can assure you, that this journey is never "easy" for anyone...I don't care how far out you are or what your current life situation is.  Life will never be "simpler, uncomplicated, and effortless."

But then again...it never was.