If my therapist is reading this...I'll be in touch as soon as I hit "Publish." 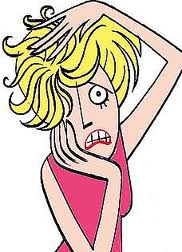 I've gotten a lot of comments, emails, etc. about my blog yesterday.  So many of you understood what I was talking about (always a bonus when you think you're living in the Land of the Insane.  Company is always nice).

And it brought me to this question:  I'm trying to figure out why we bother dating at all?

I think part of it is that I have heard enough success stories within my own circles, widowed and not, to keep dipping my toe in.  And I am extremely happy for those friends; they're all nice people who have found nice people and two rights never make a wrong (right?).  They've been able to put aside their own hangups and look past those little things that seem to annoy me (Yes, to my friend Wendi Sue who posted on my Facebook author page...I agree with Jerry Seinfeld and I really don't like it when they eat their peas one at a time).

But there is one word that keeps flashing in my mind when I think about the whole dating thing.

What most people in my situation get stuck on is the idea that something will happen to the person they've fallen for and that is a very real fear.  I know I've had times when I've been dating someone, they'll tell me some ailment they have, and if it's anything bigger than a hangnail I start looking for the exit.

And we shouldn't be made to feel guilty about that.  We're not being shallow - we just know what it's like to lose someone.  And we're not anxious to do it again.

It was such a violation the first time - something was taken from us.  I mean, if you'd been burglarized...wouldn't you be a lot more cautious about locking the door?

So, the other fear is the exact opposite:  What if I'm alone for the rest of my life?

That's the one that keeps me plugging away.  I have three children at home right now and my life is a tornado of loud, smelly, laughing, yelling activity.  But they will get older.  They will move away (no seriously...they WILL move away).

And my house will be quiet.

Will I like that?  Will I not?  Will I wish I had spent this time - before my breasts have to be rolled up into my bra (right now they just have to be shoved into the right spot)  - wishing I had been more proactive in finding a partner?

Or will I enjoy the silence and congratulate myself on having complete control over the remote?

I have no answer here, as is often the case.  But the one thing I hate about this situation is that it is all so based in fear.  That never gets anyone anywhere.  The problem is that at this age, I've experienced so much - some good, some bad - that I'm trying to do everything I can to find the good again without experiencing the bad.

And I should really know by now that that's not possible.

Just wanted to see if you were still reading.

Is the secret to happiness to let go of all of your expectations?

But then won't you just be expecting something to happen because you've given up your expectations?

(If my therapist is reading this...I'll be in touch as soon as I hit "Publish.")

I'm the Relationship Vulture: If you have a flaw, I'll circle until I find it. 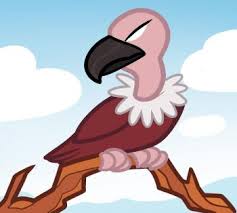 I couldn't sleep last night because I had so many great ideas about how to write this blog.  I really should have gotten up and done it because now I can't remember one damn thing.

As with most things in the last 8+ years, I feel like I'm going backwards.  I wrote about that a lot in my book - in fact, that was the main reason I felt so "mediocre."  I kept thinking that I was grieving backwards and mourning my husband in the wrong order.  I lived life at a break-neck pace in the beginning, only to crash months later.  I threw parties and emmersed myself in my friendships and then isolated myself later in my dimly lit basement where I cranked out a book.

And I dated early...which brings me to where I am today.  Not wanting to date at all.

There are moments when I let myself remember what it's like to be part of a relationship - to hold hands walking through the mall, to ask someone what they think about what's on TV, to have that blind acceptance of someone else because you know they feel the same way about you.

But it's the getting there that I can't do.  Years ago, after Brad died, I was so determined to find someone else and settle down again that I was open to just about anything.  Now, eight years later, alone and somewhat jaded (I'll be the first to admit it), I'm not open to anyone.  I don't know when it happened.  It just did.


~
Well, that's not entirely true.  When I look back I can see the progression.  I was married to a good man and I lost him.  I had a relationship after that that hurt me deeply which was yet another loss.  Both of those experiences left me scared.  And being scared forced me into a life in Singleville.  And being single became something I cling to.

So, here's what happens.  With every man I encounter, I pick them apart to the point where there's nothing left.  I'm the relationship vulture.  If you have a flaw, I'll circle until I find it.  I'm not mean about it - it's all in my head.  But if they have any of the qualities of the men that haven't worked out since my husband died...I'm outta there.

And what if they don't have one?  Well, that's the pickle I'm in now.

I went on a date last week (my mother's going to read this and say, "What?  And you didn't tell me?") and it was lovely.  He showed up with rose (who does that anymore?), took me to see a jazz band (points for creativity), and we went out for a bite to eat where he suggested we order just about every fried item on the appetizer menu (I hope he's still around when I'm PMSing -that could come in handy).

Up until that point, I'd already been testing him.  Oh, yes.  Me and my wicked ways.  I'm widowed.  I have three kids. I work.  Which makes me unresponsive, unavailable, and usually has any man saying after a week, "You know what?  It doesn't seem like you have time for this."

Not this one (so far).  I get text messages that tell me how much he admires me for taking all of this on my own.  That he doesn't want to push, but he would be really happy to see me when I can make it work.  That he understands if I don't call when I say I will because I have so much going on.

~
Here's the sad part - the part where the girl finds a nice guy and realizes that being single has nothing really to do with the men out there.  It's entirely her doing and she has to decide if being with someone else is worth the risk.  She has to decide if the fear that she's allowed to take over her life (in many areas) is what's going to be her companion.  If it will keep her safe.

I had a consultation with an author yesterday who is working on a memoir about the abuse she suffered when she was first married in the 1960s.  She never remarried and she said, "I never wanted anyone to have control over my life again."

And I found myself nodding along to everything she was saying.  I've never been abused, but I am a control freak and allowing someone else to influence my life is a very scary prospect right now.

But I listened to this woman, who is now in her 70s, tell me she's been alone since then.  And that got me to thinking.

Do I want the next memoir I write to be about all the fear that's kept me from living?

I don't think so.
I mean...who would read THAT?


Being single awards us certain privileges like not having to consider a partner in decision making and taking up literally all the space on the bed at night. There are 17 things you should consider when you start dating someone who has been alone for a while.

At first at least. Being single for an extended period of time gets you into the habit of acting alone. As your relationship develops, so will your partnership with them.

It’s not that they don’t like you. They’re just not in a rush to be married to you.

But that’ll wear off with time. They’re just not used to seeing their friend be with someone else.


4. They might not let you do things for them

Again, don’t take it personally. Single people are used to taking care of themselves. They’re not used to having someone look out for them.

Don’t worry, it’ll fade. Much like doing things without letting you know, this is how a single person operates. But eventually, your partnership will materialize.

Especially at first. They’re probably not going to be head over heels for you the second your first date starts. They might still be nervous, but not exactly eager to jump into anything too serious too fast.


7. There may be a point where they pull away

Give them time and space. They are probably just realizing how serious it’s getting.

They’ll probably want to get into your head. They’re used to being able to figure things out on their own with themselves. Now they feel like they have to figure you out too.

They’re not likely to ask for or accept help. They’ll let go of their tight grip eventually.

But like everything else listed here, they’ll let it down eventually. Especially if you’re patient.

And besides, why would they trust you fully after a few dates? Be patient and it’ll come.

But don’t be intimidated. It’s just a protective shell. They’ll come out eventually.

A lot of these apply to me before I found myself happily in a relationship but this one. I’m outgoing on a date. Maybe too outgoing. But not everyone is like that. In general.


14. They may not show any vulnerability

Their weaknesses may be hidden. They’ll likely feel weak once those vulnerabilities are out in the open. Make sure you’re there to protect your new partner.

And they may never. But in time, they’ll want you, and that’s what you want.


17. Being alone is their comfort zone

So be sure to take care not to charge into their comfort zone uninvited.

Labels: 17 Things To Expect When You Start Dating Someone Who Has Been Single For A While, relationships
Newer Posts Older Posts Home
Subscribe to: Posts (Atom)