Leaving the Year Behind - Are You Excited or Dreading It? 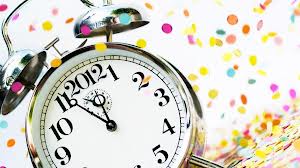 The coming of a New Year means something different for everyone.  For some, it's a reason to go out and get crazy, celebrate a new start and make promises that they may or may not keep in the coming months.  For others, it's a chance to hunker down, watch New Year's Rockin' Eve (is it still called that or did I just date myself?), and sleep in the next morning.

Some look forward to a new beginning and some are sad to leave the previous year behind.  And that's never more true than when a significant loss is involved.

I've never been a big New Year's Eve person.  I'm more the "hunker down" variety than the "get crazy" girl.  Going out on New Year's has always made me paranoid because I worry about the people who are (as I always say to my kids) making "bad decisions" and hitting the road when they shouldn't be.  And to be honest, I really didn't care much about New Year's Eve growing up.  I would sometimes stay awake to watch the ball drop but more often than not I would ring in the New Year in my bed and snuggled under a mound of blankets.

That year - the one I can safely say was the worst in my life - I couldn't wait for New Year's Day which meant I stayed up all night to welcome it.

"This is it," I thought with more excitement than I've ever felt on a December 31st.  "The day I leave it all behind.  The start of something new."

I couldn't wait to be able to say to people "my husband died last year" instead of the heart-wrenching "my husband died a few months ago." Even though by the time the New Year rolled around he had only been gone for 6 months I was thrilled with the prospect of phrasing it differently.  That was during a time in my widowhood when I looked forward to being as far away from that dreaded day as I could get, thinking that if I could just make it to the one year mark, no one would think of me as a widow anymore.  Even me.

I don't know why I thought that.  Elisabeth Kubler-Ross certainly didn't outline it in her stages of grief.  But there you have it.

Can anyone say DENIAL???

I was certain that other widows would feel the same way I did - that getting as far away from The Bad Year is what we all wanted.  That was until I met a woman who looked at the coming New Year as yet another loss.

And when she put it that way, I could understand how someone might be sad to see The Bad Year go.

Many things about widowhood have surprised me, but really none so much as the different ways we all look at things.  Some look at the waning relationships they now have with their in-laws as a blessing, some consider it another loss.  Some look at widowhood as a chance to start anew and create something within themselves they didn't know was possible and some look at it as something so shattering that they may never be able to find their true selves in all of the debris.  And some look at it all as part of God's plan while others see it more as life's cruel joke.

As with everything in life, it's all about perspective.

But today as I prepare to welcome the New Year, I can't help but be optimistic.  I'm one of those people who usually wakes up in the morning as if life is a gift to be opened and I wonder what surprises are in store for me in the next 24-hours.  I've learned by now that some of those surprises can come in forms I could really do without, but that doesn't mean the hope isn't there.

Beginning a New Year is no different for me than starting a new day.  I do find it strange, however, when I think about that new widow, that later this year I will be able to say that my husband has been gone for 6 years (oh, how she wished she could be at this point way back then!).  It's weird to me that I've been living this life for that long.

But it's also a chance for me to look back at all of those New Year's Eves - the one I was excited about, the one when I felt so lonely because I realized how alone I was, and the ones when I've had to make the effort to stay positive - and truly think about how far I've come.  Even since last year, so much has changed in my life, some good, some not-so-good.  But what has remained constant is the change itself.

And my determination to do with it what I can.

However you are choosing to spend this evening, I wish you peace, safety, and the best start to the New Year you can possibly have.

Widow Chick (aka, Catherine Tidd) is the owner of www.theWiddahood.com and the author of the upcoming memoir Confessions of a Mediocre Widow (Jan. 2014).  She is also a writer for The Denver Post's Mile High Mamas and a contributor to several books on grief and renewal.
Posted by Widow Chick at 12:28 PM 3 comments:

When the Best and Worst in People Collide 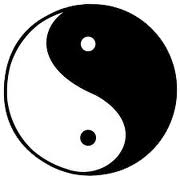 So, my day started out pretty good.  I was working on an email this morning to send to a group of people I believe possess what we all strive for - kindness, generosity of spirit, and the need (not desire - need) to help their community.

This all came about because yesterday I sent out the monthly newsletter for theWiddahood.com to let everyone know about a new program we are hoping to put together in 2013.  In general, we're working to provide those who are interested in starting support group get-togethers in their communities the tools they will need to make it a success.  I didn't offer much in the way of details about the program and just said that if anyone was interested in starting something, to let me know.

Immediately after sending out the newsletter, emails began downloading into my inbox.  I teared up at the sheer goodness I have found in this widow(er) community and their willingness to make a difference.  That a bunch of people would say, "YES!  I want to do this for others" and not one of them asked the question, "What's in this for me?"...it was a humbling moment.

So, I was feeling pretty good.

And then I turned on the news.

As the whole world knows, a horrific thing has happened, one that I'm still trying to wrap my head around.  Details are still coming in, but a man opened fire in an elementary school in Connecticut killing many, the majority of them children.

Now, I'm crying for another reason.  I've had to turn off the TV because I just can't process this yet.  I'm in my office writing this, but what I really want to do is go to my kids' schools, take them out, and hug them for the rest of the afternoon.  I'm itching to start shopping around for someone who can put bars on my windows and ask King Soopers if they will just start making regular deliveries to my house so that none of us have to leave its safe walls again.

Diane Sawyer reported that the evacuating children were told to close their eyes as they left the building and hold on to each other.  And I can't help but picture my own children - all elementary school age - being told to do something like that.  While we are all grateful for those who survived, we know that those children will never forget this day.  And they have just learned that the world can be an evil place...at an age when all they should be thinking about is Santa and the magic of the holiday season.

I know I'm not alone in how stunned I feel.  I also know that, like many people reading this post, I've had to shut my mind off a little because like anyone who has experienced loss or trauma knows - the lives of many have just been changed in an instant.  And we can't bear to think of the road that some of them have ahead.

I don't know what it's like to lose a child.  I hope I never know - losing a husband was enough and I'm hoping that Fate has filled my Tragedy Punchcard.  But I don't know that that's true anymore than anyone else out there.

This morning - with both the good and the evil in people visiting me within the same hour - was yet another reminder to me to hold those I love close when I can, hug them fiercely, and appreciate each moment.

That every minute we have with each other is a gift.

And now, I'm going to get back to emailing all of those people who embody the good.

Because the bad is too much to bear.

Widow Chick (aka, Catherine Tidd) is the owner of www.theWiddahood.com and the author of the upcoming memoir Confessions of a Mediocre Widow (Jan. 2014).  She is also a writer for The Denver Post's Mile High Mamas and a contributor to several books on grief and renewal.
Posted by Widow Chick at 12:40 PM No comments: