I stole that line.  I stole it from Harper Lee's Go Set a Watchman.  But since I suspect that manuscript was in some ways stolen from her...I think it's okay.

But that's another blog.

I spent three years in a relationship where I was basically manipulated and sometimes verbally abused.  I could say a lot more about it, but I won't.  I really should, but I won't.

When this other person wasn't getting his way, he would call me many things...one of which was selfish; which I think we all are to a certain extent (and if we aren't, maybe we should be).  And of all the names he called me...that was the one that never really hit my soul.

Well, after reading that quote, I do.

Because it wasn't true.

It's funny.  Being selfish is probably one of my biggest fears.  Which is probably why I'm not.  And I know I'm not.  I'm a good friend.  I will help you pick up all of your pieces if you let me. I give what I can (but I am learning to save a little)

This person would say this to me, push my buttons and make me prove it wasn't true. For years I couldn't figure out why it didn't hurt me when he said it - maybe I was just too cold?   Maybe I was so selfish I didn't even see it?

Or maybe it didn't hurt me because it wasn't true.

I guess some people might think this blog is self-serving.

I'm just proud of myself for knowing who I was before I knew it.
Posted by Widow Chick at 9:31 PM 5 comments:

What Was She THINKING? 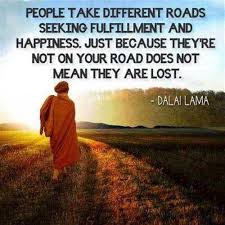 I posted an article earlier this week (I think.  What day is it???) that struck a chord with so many. And it really was a great piece. If you missed it, check out 10 Contradictory and Bull-shitty Scraps of Advice Given to Widows. It really details so well the contrary opinions we get so often - and usually by the same person.


But, be careful.  People in glass houses shouldn't throw bad advice or judgments or in any way make those of us in the widow community feel bad about the decisions they make.

Do you think I can fit that on a bumper sticker?

While that article does point out a very specific problem, it mainly points to those people outside of our circle who have no idea what it's like to be us.

But...what about those of us who do?

I'm guilty of it (but less so now than I used to be).  I wasn't very vocal about it, but there have been times during my widowhood when I've silently judged a fellow griever and questioned the decisions he or she has made.  And I've probably done it for the same reason as the rest of the world, widowed or not, and that is to make myself feel better about my own questionable decisions.

After all...aren't most decisions questionable?  That's why they are decisions.  If there was a hard and fast rule to living any life, we wouldn't have to make any.

Huh.  I had no idea I was going to say that before I typed it.

Anyway,  I've found that usually when people give unwanted advice or feel that their opinions are so right they have to be heard, it's usually in an area where they feel insecure about what's going on in their own lives.

People in unhappy relationships can't wait to tell you if you should or should not be dating.

People who hate their jobs can't wait to give you professional advice.

People who have juvenile delinquents for kids are the first to tell you how to parent.

You get my drift.

So, I'm going to take a guess and say that where we widows suffer the most judgment is in the world of relationships.  And I'm betting that most of the judgment we feel is actually from others in The Widowhood, especially when we've decided to bravely accept a new person into our lives.  We can sympathize with others when it comes to changing jobs or moving or the hardships of single parenting.

But if one of us starts dating or - gasp - gets remarried...you never know what people are going to say.

Oh, sure. Most people will publicly announce that they're happy and maybe some of them are. But many don't understand, don't want to understand, or...okay, I'm just going to say it...are jealous of someone else who's found happiness again.

I feel like I can say that because I've been on both sides of that coin.

I've had friends who have been widowed a lot less longer than I have who have married or have been in long-term relationships longer than the failed one I attempted a couple of years ago.  And while 95% of me is happy for them...the other 5% is wailing, "Why not ME?"

On the other hand, while I was in the previously stated failed relationship, I had several people in the widowed community tell me I couldn't possibly understand what they were going through because I had a boyfriend.

Really?  One doesn't cancel out the other, people.

I know that because while I was in a relationship that didn't diminish how much I missed my husband.  And I have heard from MANY of you who have bravely wandered this path into New Relaionshipdom who email me and tell me how much you still miss your late spouse.

The difference is that the people who have stayed solidly single feel more comfortable with admitting it than those who have embarked on a new relationship.  Their grief is usually held silently, afraid of the judgments of widowed  and non, and they'd rather be perceived as someone who has "moved on" to the rest of the world rather than someone who is still "stuck" on someone else, even though they're with someone new.

Some of the bravest people I know are those who put their lives right out there in public and take whatever criticism comes their way.  Those bloggers and leaders in the widow community who have worked so hard to just be happy, whether it's through work or a relationship or both, have put up with a lot of judgment, mainly from the communities they've tried to serve.

~
Do you know what I wish for?  (Other than the winning PowerBall ticket.)

I wish that every person on the planet would just admit they don't know what in the hell they're doing.  Because do any of us really?  I don't.  While I've had "what was she thinking" flash through my brain many times these last eight years when I hear about another person's life decisions, I've come to realize that whomever it is that I'm judging probably doesn't know what they're thinking either - and they really don't need my input.

I was scared to death when I moved, even though I tried to assure everyone I knew exactly what I was doing.  I'm scared to be single, scared to be in a relationship.  I started a new job and was scared that I wouldn't be able to carry the burden of work and parenting all on my own, but if you had asked me when I started I would have said, "I'm so excited."

Any decision we make has a 50/50 chance of working out.  And I can guarantee you that as you're judging someone else for the choices they're making, no one is being harder on themselves than the person in question.

I mean, do you really think that a widow getting ready to walk down the aisle isn't thinking to herself just a little bit, "I hope I'm doing the right thing"?

Neither do you.
Posted by Widow Chick at 2:14 PM 5 comments:

Why Would You EVER Mention Your Spouse's Name on a Date?

That guy (or girl) doesn't want to hear about it.  All of your past experiences?  Your life?

He could care less about the moment you met.

She doesn't like it when you mention your wife.  At all.

Why would you ever consider sharing your life with
someone who doesn't care about...your life?
Posted by Widow Chick at 11:41 PM 7 comments: