It's The Little Things 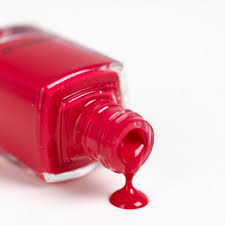 If you're making the effort to do anything in life, that means that whatever it is that you're doing isn't coming easily to you.  Whether it's learning something new, keeping a friendship or relationship healthy, or just getting out of bed...you're concentrating on getting something done for the greater good.  Because you know what you want the outcome to be.

And in widowhood, sometimes the greatest effort comes from just trying to...well....

Years ago, before my husband died and I was at home with three toddlers on my own because he was out of town, my mother stopped by the house just as we were sitting down to dinner.  It was a beautiful summer evening and I had served dinner on the back porch, something that took a lot more effort than just plunking everything down on the kitchen table.

"I think this is great," she said as she took in the scene outside.  "It's nice that you're making the effort even though you're husband's out of town."

I don't know why I did it.  I guess at that point, I just felt the need to do something that would make me feel good for a few minutes and a pretty table was what I had decided it was going to be.  But thinking back, probably part of what I needed was the whole process - the set up, the take down, and ultimately the distraction from the fact that I was lonely for my husband.

When he died, it took so much effort to do everything because it felt like everything I had in front of me was just so damn BIG.  Dealing with the paperwork, the millions of decisions that all came at once, and three children who had become my full responsibility...it took an enormous amount of energy just to open my eyes in the morning.  And as we began to get into the rhythm of our new life and I started getting used to the role I never wanted to play...I was just so bogged down with life that somewhere along the line, I forgot how to live.

At some point, I started doing what I thought at the time were really frivolous tasks.  I've made no secret about my addiction to pedicures and for the first time in my life, in the months after my husband's death, I got my hair highlighted.  I threw the most enormous Christmas party for my friends that took weeks of preparation and probably wasn't completely cleaned up for days after.  I even remember an obsession with finding the perfect red purse.

Years ago, I thought all of these things were ridiculous and a complete waste of time.  But now I realize they were actually more significant than I gave them credit for.

I think I was somehow slowly practicing life again.  That when all of the big things got to be too much...it was the little insignificant things that got me through.  It wasn't just the fact of having people over - it was the preparation and the thinking behind it that had me blissfully distracted for a little while and concentrating on something other than how scary life had become.  That while the idea of a pedicure seemed inane, while I was standing there trying to decide whether I wanted my toes painted "Cancun Fiesta" or "Chick Flick Cherry"...I wasn't thinking about widowhood for a few seconds.  That while I was shopping for that red purse, I was envisioning what it would go with which meant that I was thinking about getting out of my sweats at some point and going out again.

We've all heard the saying, when it comes to raising children, that the days are long but the years are short.  That applies to widowhood, too.  One minute you feel like your spouse just died and then you blink and it's been 10 years.  Much of life happens in leaps and bounds, but sometimes it's the little things that get us from one big transition to the next.

And before you know it...you've bounded.

Widow Chick (aka, Catherine Tidd) is the owner of www.theWiddahood.com and the author of the upcoming memoir Confessions of a Mediocre Widow (Jan. 2014).  She is also a writer for The Denver Post's Mile High Mamas and a contributor to several books on grief and renewal.