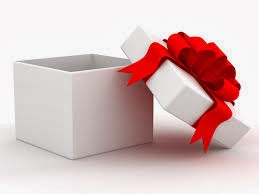 “I know this sounds selfish, but I hate that there will be nothing under the tree this year for me.”

But I get it.  I totally do.  Because my husband was the best about Christmas (I’m choosing to ignore the year that he gave me an Oral B toothbrush and focus on the year he gave me a car).  He might have screwed up my birthday every once in a while, our anniversary about every other year, and every Mother’s Day…but he made up for it at Christmas.

Probably hoping that he wouldn’t have to start the New Year off sleeping on the couch.

The truth is, it wasn’t about the present – it never was.  I mean, if I really wanted a piece of jewelry…I could go out and buy it.  It was the fact that someone else was thinking of me, wanting me to be happy, and putting so much thought into a gift (except that whole toothbrush debacle)…wanting nothing more than to see joy on my face Christmas morning.

I don’t think I truly felt like an adult at Christmas until after my husband died.  Sure, we had three small children and the focus was almost entirely on them, but I always knew that my husband would surprise me with something.  So in that way…I was still pretty child-like around the holidays until my early 30s.

Now I do feel like the Christmas season is entirely about the kids.  I’m just there to wrap the presents and cook the food.  I know that’s a pathetic thing to say, but it’s true.  And, yes, it does make me extremely happy when I see their anticipation build the weeks before Christmas and how excited they are on Christmas morning.

But the child in me misses that, too.

I have no solution to this – you know me, I always try and come up with one.  I can’t fix it and I can’t make it go away.  All I can think is that it’s part of the grieving process and since we only really deal with it once a year, it would make sense that it’s just going to take longer to work through it.

But it’s not selfish of me to want those presents under the tree.

It doesn’t make me a bad person to want something special to unwrap.

And it doesn’t mean that I’m wallowing when I say I just miss my Santa Claus.
Posted by Widow Chick at 9:36 AM